In June I had the pleasure of heading to the big island of Hawaii with my friend, Janet Melton, for an evening of books and storytelling at Kona Stories Bookstore. 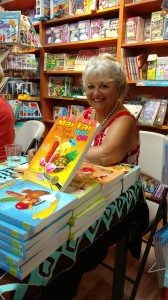 It was a lovely gathering attended by book lovers who were thrilled to be in a “real” bookstore. (On Kauai we only have one book store and it’s on the other side of the island.)

The enthusiastic owners of Kona Stories Bookstore, Brenda and Joy, put on quite a spread for the Words and Wine event. 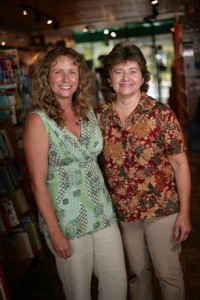 A big Mahalo! to all those who attended and to Brenda and Joy for a memorable evening and a get away to Hawaii Island (aka) The Big Island.

My favorite place to stay in the Kona area is at the King Kamehameha or the “King Kam” Hotel. It’s right on the only spit of beach on Ali’i Drive that winds through old Kona Town past historic sites, shops and restaurants. 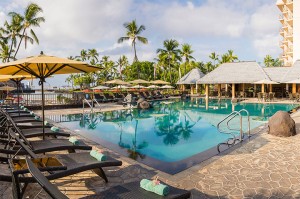 The King Kam pool is great. There’s a view of the beach from poolside. 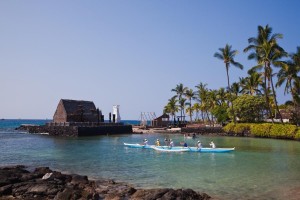 Our favorite stop was for lunch during a drive down the coast. Another favorite of mine is The Coffee Shack, which hangs out over a ravine and has a killer view of the coastline. Janet recalled that she and hubby, Bill, had breakfast there on their first trip to the islands years ago.  The food was as fantastic as the view.

The view from the Coffee Shack along the Kona Coast 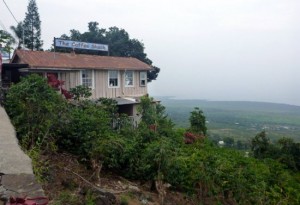 The Coffee Shack as seen from the Highway

Writing has taken a back seat to traveling lately but it’s always good to “fill the well” as writers sometimes say.