Life is full. There is much to do in paradise, though writing hasn’t been one of the things I’ve been focused on lately. Let’s just say I’ve been soaking up life experiences and calling it research! 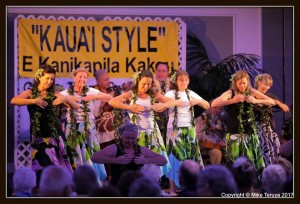 Lovely kupuna dancers on Kauai are inspiration for the Hula Maidens

Besides hula dancing, there are all kinds of tiki drinks and bars to explore.

I spend a lot of time thinking about fun things to do at Tiki Parties. 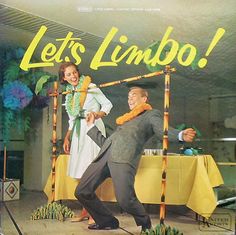 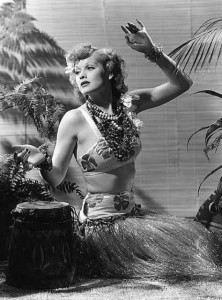 Lucille Ball ... always an inspiration as a Goddess.

So while I’m busy living the Tiki life, I thought I’d share a sneak peek of the unedited opening scene of Book Six of the Tiki Goddess Mysteries with you.

Right now the working title is “Six Shots at Sunset.”

I’ll leave what kinds of “shots” to your imagination.

“I can’t believe they’re in a mass grave!”

On a lawn behind the Tiki Goddess Bar and Restaurant parking lot, a light rain misted on the line of geriatric Hula Maidens gathered beside a seven by three foot trench.

The women stood shoulder to shoulder, neatly lined up like slices of a sushi roll. They all stared down into the open grave. Three of them held shared umbrellas while the others ignored the passing shower. Dressed alike in one of their most understated dance costumes, their muumuus were made of fabric with pink hibiscus blossoms scattered over an unflattering brown background.  They referred to them as their “poop” muumuus. Each of the ladies had a five foot ti leaf lei draped around her neck.

Kiki Godwin, the self- appointed leader of the troop of mostly over fifty, mostly haole hula dancers was afraid her hearing wasn’t what it used to be until she turned to the woman with the pink bouffant hairdo standing beside her.

“I can’t hear you with that Kleenex stuffed in your mouth, Lillian. What did you say?”

Lillian Smith, a transplant from Iowa, lowered the wad of tissue and whispered,

Kiki ignored Lillian’s theatrics and stared at the long narrow trench in the ground. Uncle Louie, owner of the Tiki Goddess Bar, donated garden space in his yard for the burial. As soon as the service was over he’d fill in the hole. Tomorrow Louie planned to plant ti and heliconia on top, hiding all evidence of the grave.

Flora Carillo, the hula sister to the right of Lillian leaned around her and whispered, “You gonna say a eulogy or something, Kiki? I gotta get back to the store.” Owner of a trinket shop in Ching Young Center just down the road in Hanalei, Flora was their only hapa or part Hawaiian dancer.

She turned, happy to see the parking lot jammed with cars. Big and Little Estelle, a mother and daughter who were dancers and artists from Princeville had painted a banner and hung it in front of the bar on the highway announcing the time of the memorial, inviting locals and tourists alike to stop and pay their respects.

Always energized by an audience, Kiki reached up and patted the flower studded chignon atop her head, licked her lips, put a smile on her face and thought, it’s show time!

As if on cue the drizzle stopped falling, the trades blew most of the clouds away and the sun made a partial appearance as it dipped toward the horizon. Kiki carefully threaded her way around the open grave. She craved attention but figured toppling into the trench and landing on the dearly departed might be a bit over the top.

The Maidens with umbrellas folded them up and shook raindrops off over the trench. The crowd gathered behind them consisted of tourists snapping photos. There didn’t appear to be any locals in attendance, which wasn’t surprising seeing as how most folks had a love/hate relationship with the departed.

Uncle Louie Marshall, owner of the bar and the house on the beach stood off to the side beneath the eaves of his house and leaned on the long handle of a pointed shovel.

Kiki gave him a nod and a wink, looked down into the grave to compose herself, took a deep breath, then raised her head. She scanned the crowd assembled across from her.

Before she could continue, the tourists, being tourists who had mostly learned the Hawaiian greeting at hotel luaus, shouted back, “A-looooo-ha!”

Kiki sighed. “We are gathered here today to bid a fond farewell to our dearly departed friends.”

A loud choking sound escaped Lillian. She jammed another Kleenex against her mouth.

Kiki went on. “We knew them well. Many of us watched them grow up. Red, Gimpy, Fluff, the Kernel, Whitey, and Chicken Little lived long and happy lives here behind the Goddess. They were always darting in and out of the hedge, fighting over scraps and road kill, dodging cars and posing for photos. Uncle Louie pampered them.

“Some of you knew them by name. Many of our yearly visitors watched their countless off spring grow to follow in their footsteps. Who knows how many little ones they’ve left unprotected from dogs and feral cats? Such a tragedy. Terrible.”

Surprised by a sudden flood of tears, Kiki attempted to stem the tide by blinking them away without loosening her false lashes.

“To have them all gone in one fell swoop is almost unbearable,” she said. “At least we can find consolation in the fact that they’re all together.”

Somewhere down the highway a rooster crowed.

Kiki raised her voice and shook her hands, gesturing like a preacher at a tent revival, “To many folks, these poor creatures and so many like them are a big nuisance. But many of us feel they add a unique quality to life on Kauai. They give our island its rural atmosphere. They were here long before us, having come to Hawaii on the voyaging canoes of the first settlers from Polynesia. They’re not only a piece of island history.” She paused, lowered her hands and shook her head before she added, “They were our friends, our family.”

Tourists pressed closer. One man took telephoto shots of the bodies lined up in the grave. With the sun out from behind the clouds, the air was heating up. Kiki realized she’d not only started to perspire, but she’d worked up quite a thirst. It was cocktail time. Time to speed things up.

“And so we say aloha o’e to our dear departed friends. But before we go, we Hula Maidens promise we’ll get to the bottom of this tragedy. We promise Red, Gimpy, Fluff, Kernel, Whitey, and Chicken Little,  that we’ll find whoever did this and make certain that person, or persons, are held accountable.”

Then she encouraged the onlookers. “Everyone, please join us in singing Aloha O`e.”

Afterward, as Kiki walked around the grave to join her hula sisters, a trim blond female tourist in a nautical striped Polo shirt and navy shorts, pulled her aside.

“Thank you so much for opening this memorial up to the public. This is such a local experience. We’d never see anything like this in Waikiki or on Maui.”

“Probably not,” Kiki agreed. Droplets of sweat slid down her face, making it hard to focus.

“Thanks for coming.” Kiki tried to move around the tourist so that she could head for the bar.

“I mean, really,” the woman went on. “I can’t wait to get home and tell everyone I attended a memorial for six dead chickens.”

Let me know what you think of the opening scene by leaving a comment below.

Aloha from The Tiki Goddess